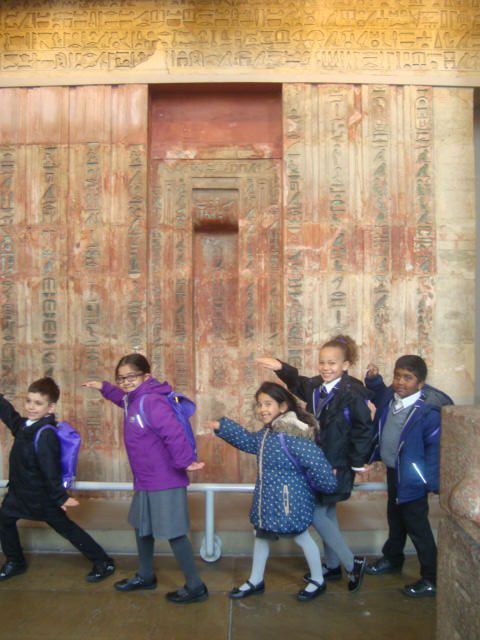 Year 2 spent the first half of the Summer Term learning about life in Ancient Egypt. They had a fabulous visit to the British Museum to explore the Ancient Egyptian galleries and observe the wonderful sculptures and then finished off the term by presenting everything they had learnt about the ‘Awful Egyptians’ in a school assembly.

They told us all about Tutankhamun, his death when he was 17 and about the discovery of his tomb by Lord Carnarvon and Howard Carter in 1922.

We learnt that Pharaoh’s were regarded as Gods to the ancient Egyptians and were buried in huge pyramids. The children explained how long it would take to build these pyramids.

To lighten the mood a little they also told ‘mummy jokes’, sang a song about the mummification process and danced to the thriller sound track pretending to be mummies rising from their tombs.

The children were so knowledgeable and presented their assembly wonderfully, both teachers and parents watching were hugely impressed.

Mrs Buck commented that the children did ‘Miss Randeri, the school and all the parents proud’.

We think that the children thoroughly enjoyed their performance too!